I use Git via the command line and have always used it that way ever since it was introduced at a company I worked at a few years ago.

But soon after using it Git for a few days, I started disliking the repetitiveness of the commands - so I did some googling and found that I could create shortcuts (aliases) in Bash.

So I started creating aliases for the commands I used several times a day and over the years I have added to them as I find other developers' own git aliases.

How to create an alias

You can create an alias in a .bash_profile or in . bashrc, usually in the your users home directory.

A bash alias takes on this format:

Here are my aliases: 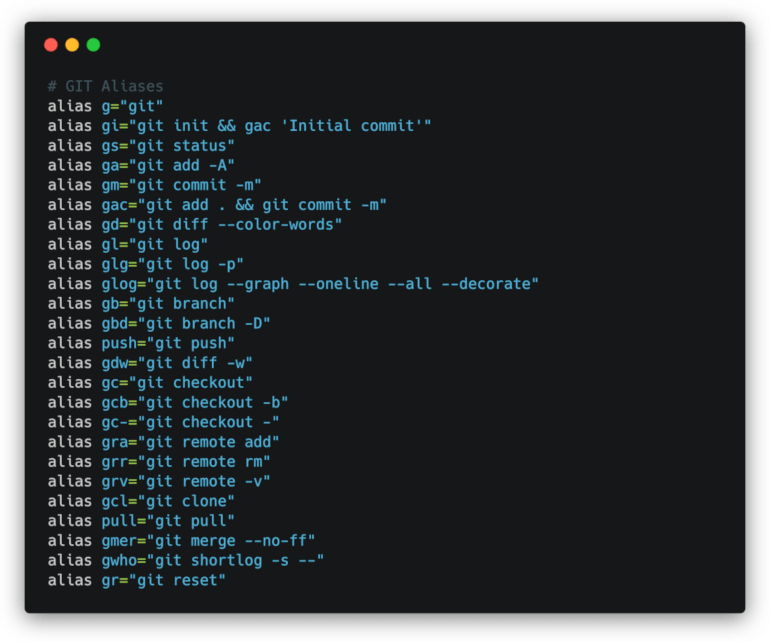 You can see the list on this Github gist

With my new laptop (MacBook Pro) I decided to try Fish, a bash alternative, so creating aliases with fish is not done the same way - they are know as functions in Fish.

Instead of adding them to a file, you create them on the command line, like so:

Then, save it using this command:

The functions are then saved in a folder: ~/.config/fish/functions/ - to see all the functions in a web based interface, type the following command:

I won't get too deep into Fish, as I'm still learning it - maybe a future post.

Did you find this useful? Have you got a your own set of aliases - please share them.

Posted on 31st January 2019, by Juan Fernandes in development